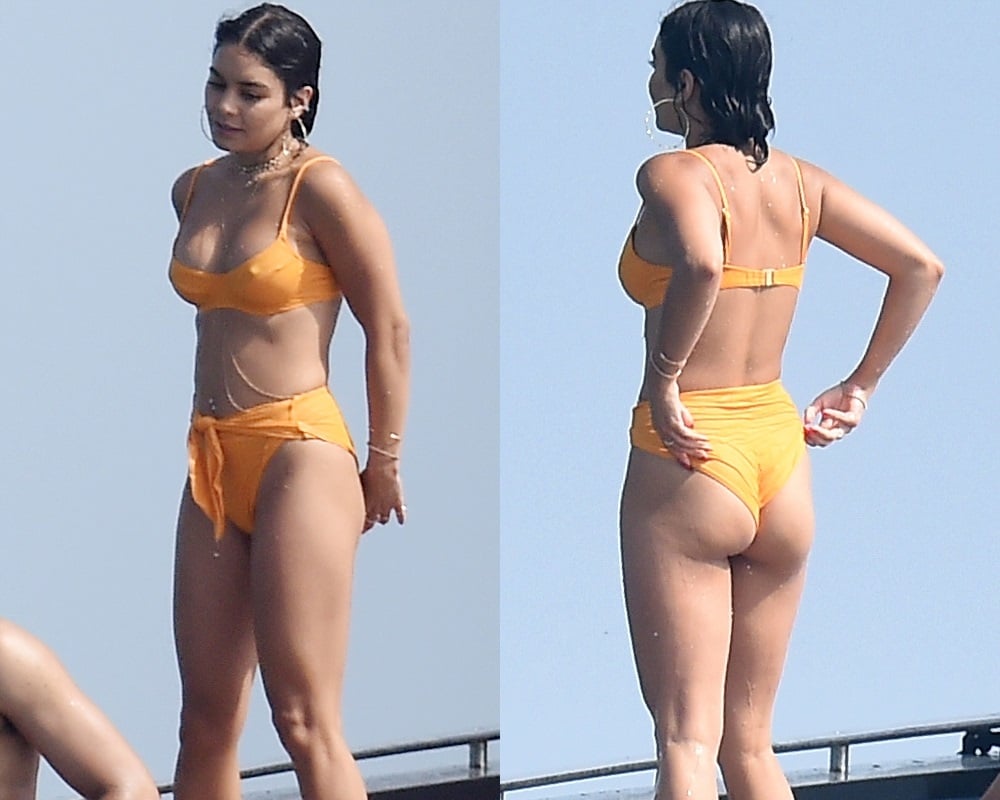 Former Disney star Vanessa Hudgens brazenly bares her blasphemous booty in a bikini while on a boat in the candid photos below.

What is it about being out at sea that causes celebrity sluts like Vanessa to so fully embrace this sort of wanton debauchery? Could it be that they think that because they are in international waters Sharia law does not apply to them, and they will escape the righteous stones of justice?

If that is the case then they are going to be sorely mistaken (both literally and figuratively).

But one can not help but wonder if there is not something more sinister going on. For invariably the yachts that heathen harlots like Vanessa whore their bodies on belong to some super rich Zionist uber-Jews. Perhaps these girls are being taken out into the middle of the open ocean and coerced into these depraved acts because of the “implication” (as is so eloquently discussed in the video clip below).