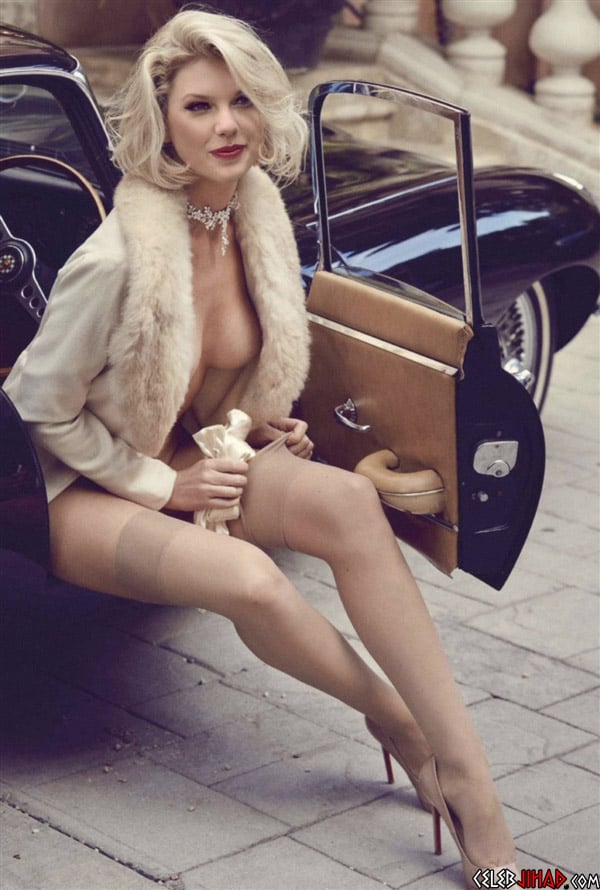 Taylor Swift nearly shows off her disgusting nude female body in the outtake photo above.

It seems as though Taylor Swift has undergone a transformation of sorts, for not only did she cut her hair but she has also become a lot more sexually expressive… With this nearly nude outtake above, and photos below of Taylor walking the streets in short shorts being just the latest examples.

One can not help but suspect that Taylor’s English DJ boyfriend Calvin Harris is responsible for all of these sinful changes. Of course when Calvin told Taylor that he wanted her to be more sexually open and that she would look better with shorter hair, he meant that she should get a buzz cut so that he could roleplay calling her Otto while she pegs his anus with her 12 inch strap-on. Not surprisingly blonde bimbo Taylor completely misread his hints, and now we are left to suffer with an even more androgynous version of Taylor Swift whoring her gangling body.