The video below features clips from Sydney Sweeney’s character’s sex tape on the HBO series “Euphoria”.

Kudos must be given to the writers of “Euphoria” for accurately depicting the brazen depravity of the infidel harlots in the modern cell phone age. 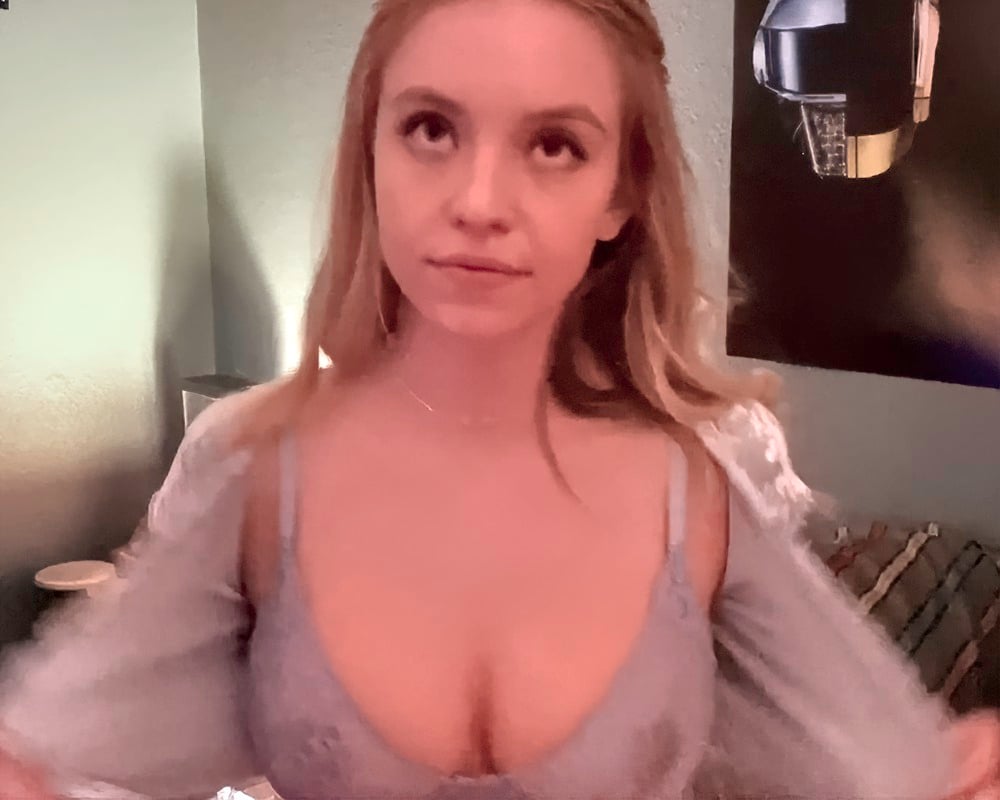 For when these exhibitionist Jezebels are not being filmed getting their well-used sex holes slammed, they are taking nude selfies (just as Sydney Sweeney’s character did earlier in the season in the pics below).

Of course whores like Sydney always feign shock, embarrassment, and outrage when their nude photos and sex tapes get leaked online, but us pious Muslims know that the truth of the matter is that they secretly love it. For females are base and degenerate creatures, and without the strong hand of a powerful Muslim man to keep them in line they are capable of the most vile acts of sexual immorality.