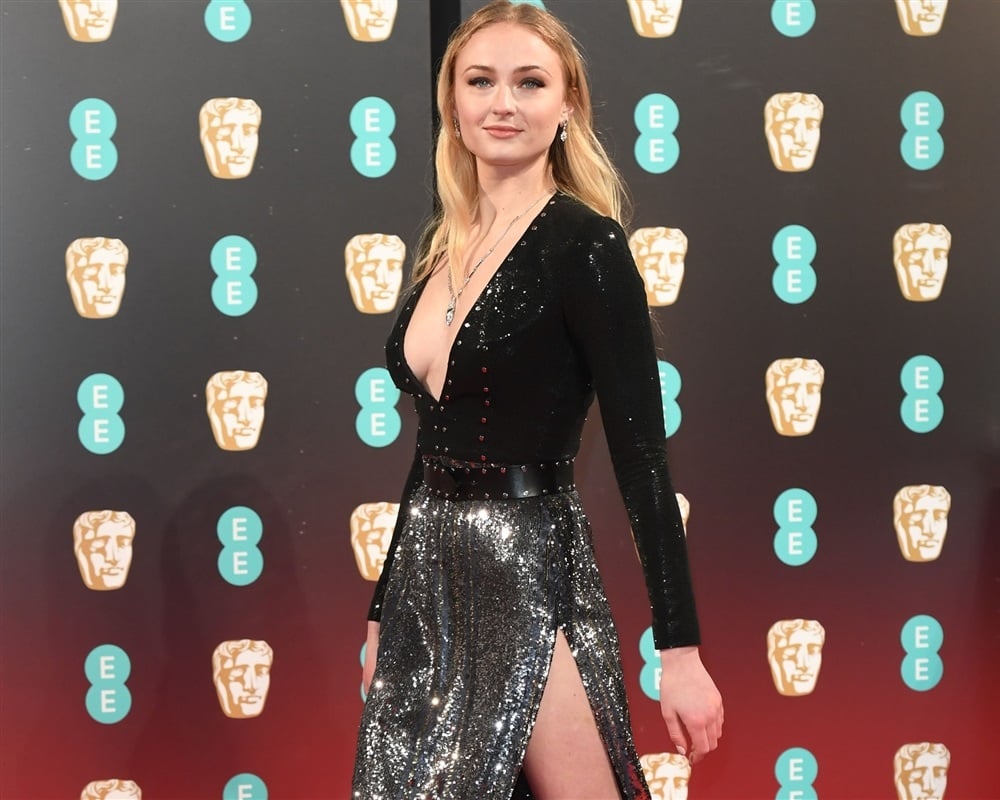 Like all actresses Sophie Turner has a pathetic need for constant validation, and so she will do pretty much anything to win utterly meaningless awards including prostituting her sinful pale English female flesh in a dress with a ridiculously low neckline and really high thigh slit.

No doubt Sophie wore this dress while “campaigning” in the award show producers’ dressing rooms earlier in the night. Unfortunately for Sophie her feminine wiles were of little use as nearly all British men are flaming homoqueers. You better believe that if this award show were run by Muslims Sophie would have a river of man juice leaking down her thighs, and she would win the top prize of the night… An RPG stuffed up her pasty anus hole, so that she could be fired off into the night sky as the grand finale.