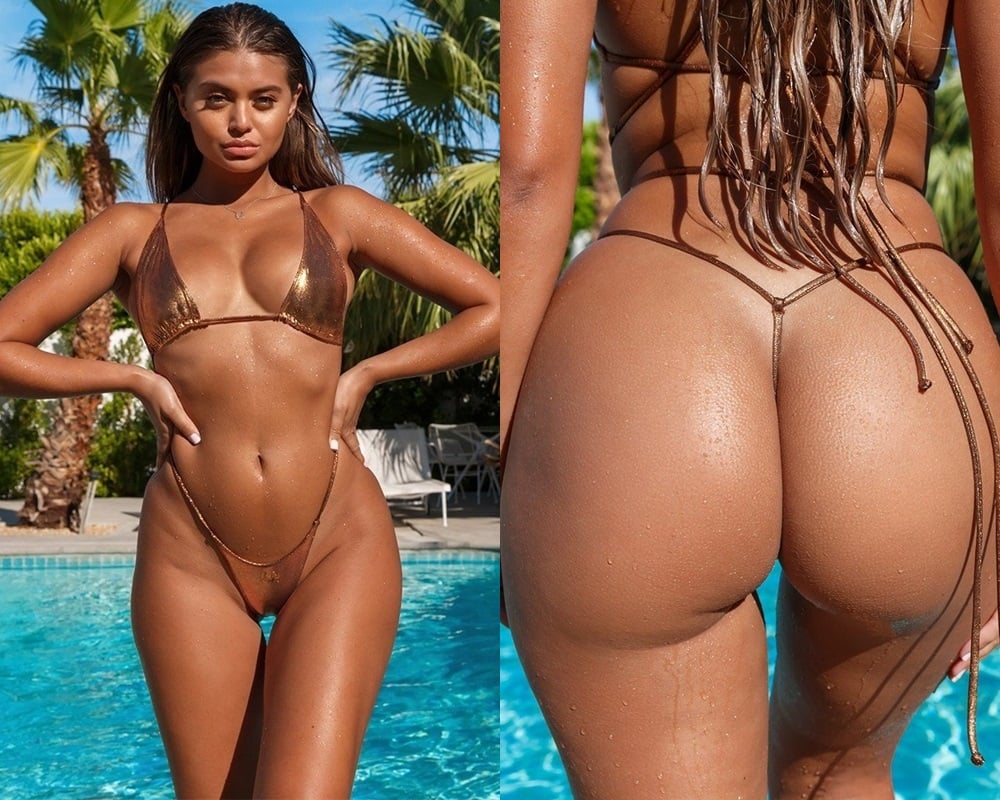 Sofia Jamora shows off her bulbous booty meat while modeling g-string swimsuits in the photos below.

As you can clearly see, Sofia Jamora is built for modeling this type of swimwear. In fact, unless Sofia were to land a spokeswoman deal for Valtrex, Astroglide, or Colt-45 malt liquor, there really is not a more perfect fit for her career right now.

However with that said, there is no denying that Sofia Jamora’s true calling in life is to serve at the heel of a powerful Muslim master.

For as you can see from the compilation video above, Sofia was built for plowing… Both by pulling the plow by day, and then getting plowed by a mighty Muslim meat scud at night. Until Sofia embraces this undeniable truth she is living in sin, and putting herself at great risk for a righteous Sharia stoning.