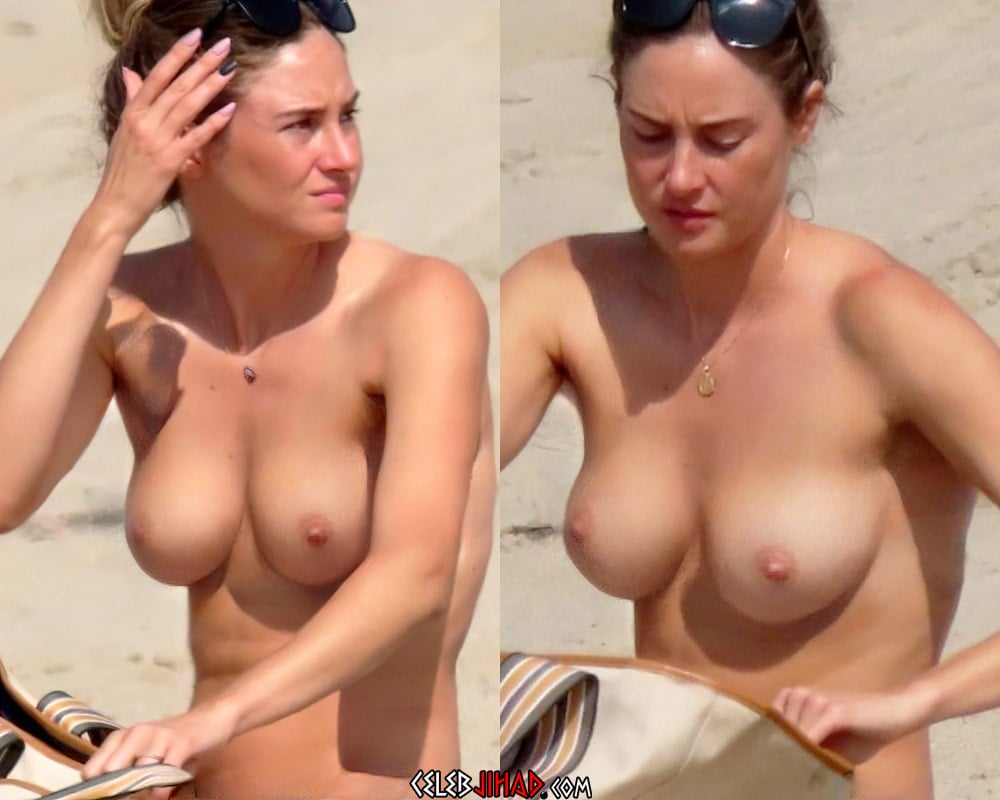 Actress Shailene Woodley appears to have been caught on camera sunbathing topless while on a nude beach in the candid photos below.

Of course Shailene recently got engaged to closeted homoqueer Green Bay Fudge Packers quarterback Aaron Rodgers, so it comes as no surprise to see her naked out in public cucking him like this.

In fact, Shailene was even seen openly flirting with some scrawny surfer, before leaving the beach to climb into the back of his van… Which is no doubt a requirement of being in a relationship with Aaron Rodgers, as he wants Shailene to collect as much semen as possible in her sex holes for him to felch out during the Packers upcoming bye week.