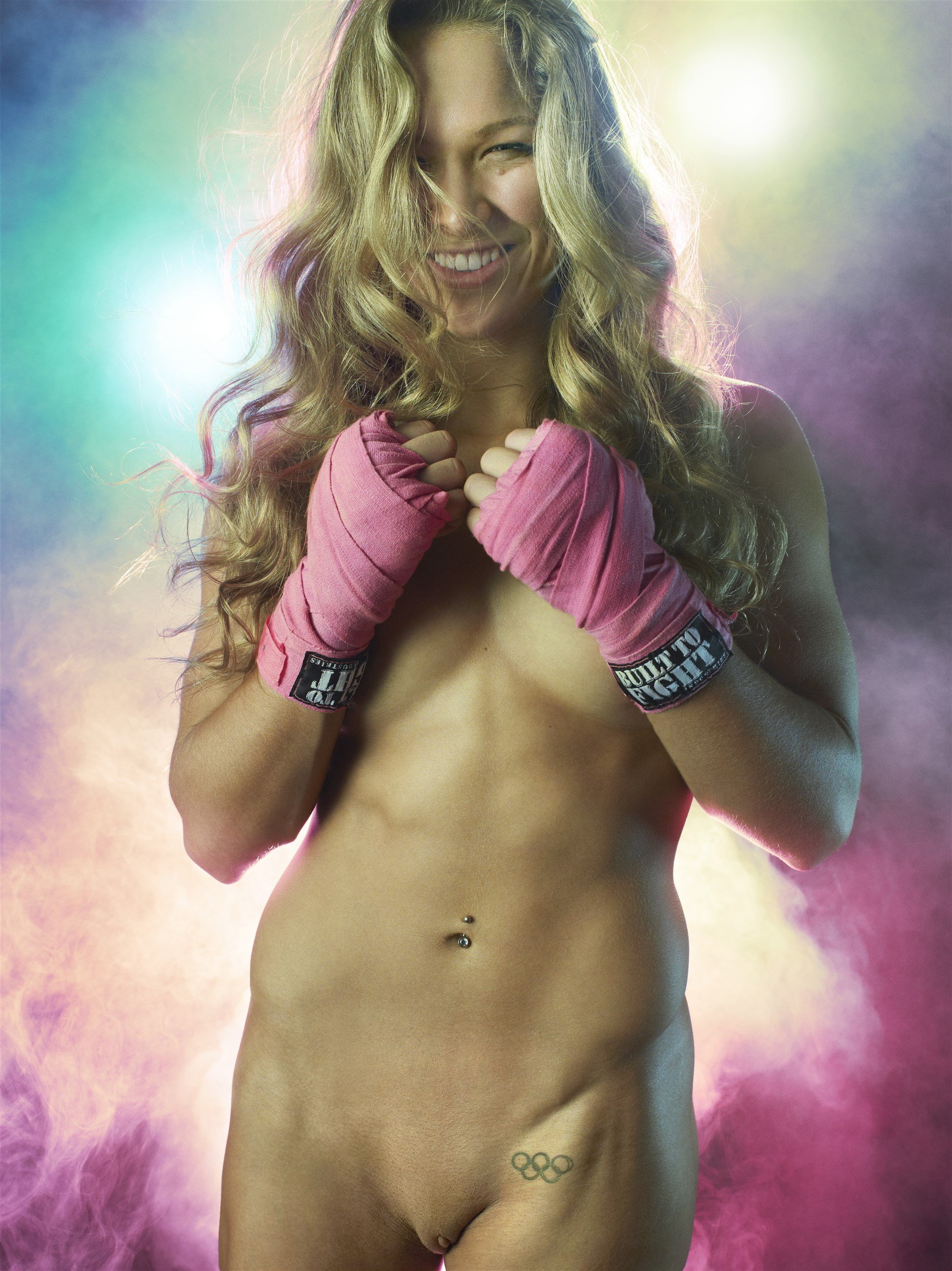 UFC fighter Ronda Rousey has just had these three nude outtake pics (click on them to enlarge) from her 2012 photo shoot for ESPN’s “Body Issue” leaked online.

In the magazine the photo above was cut off just below Ronda’s Olympic rings tattoo so that infidel men wouldn’t feel inferior, as Ronda’s oversized steroids clit is much larger than most kuffars’ manhoods. 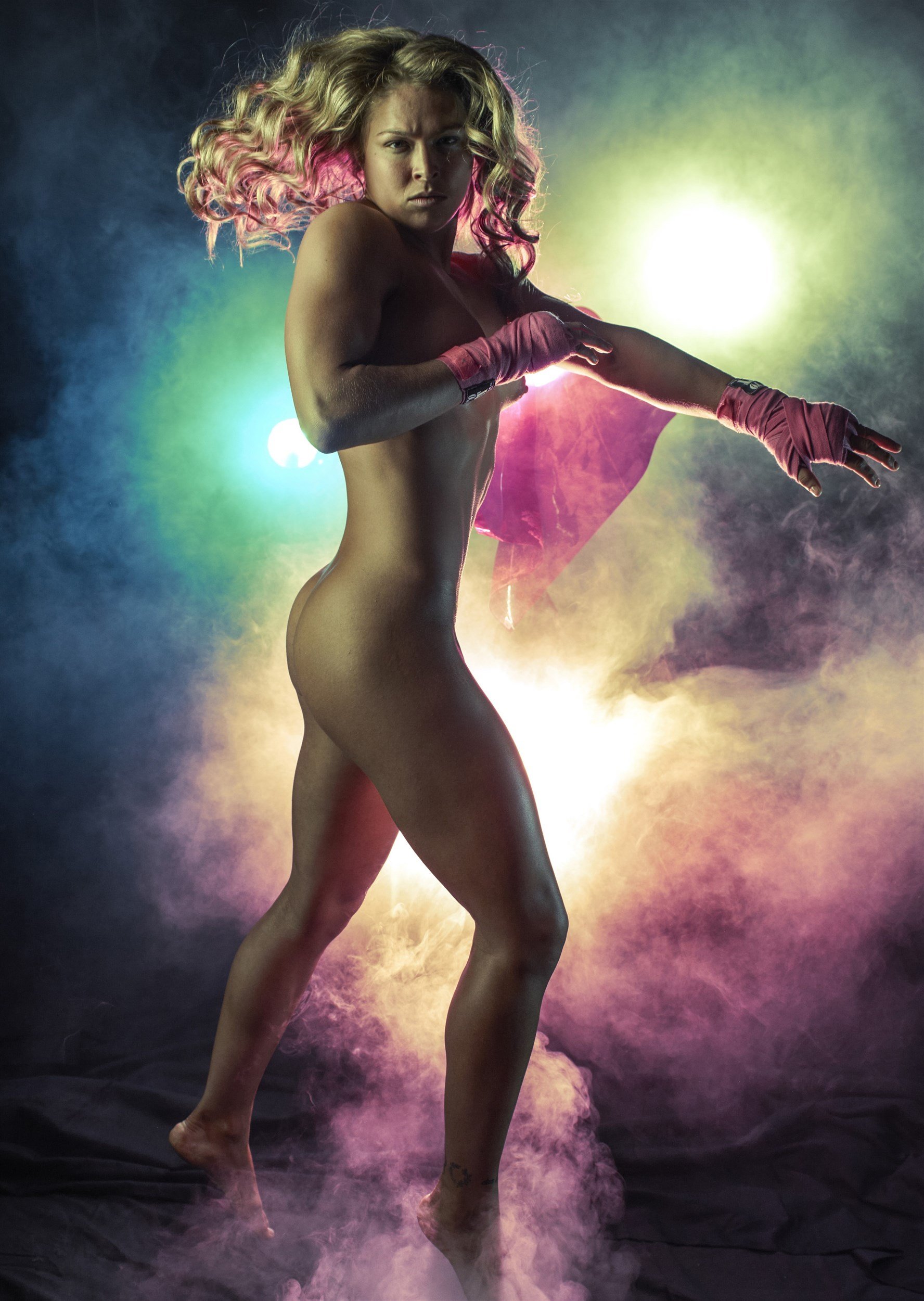 Ronda Rousey will certainly be furious that these nude pics (especially the one of her grotesque cock box) have leaked to the Web. Unfortunately for Ronda us powerful Muslim men are not even remotely intimated by her, and we will not hesitate to give her a back-handed slap across the face if she dares mouth off to us. 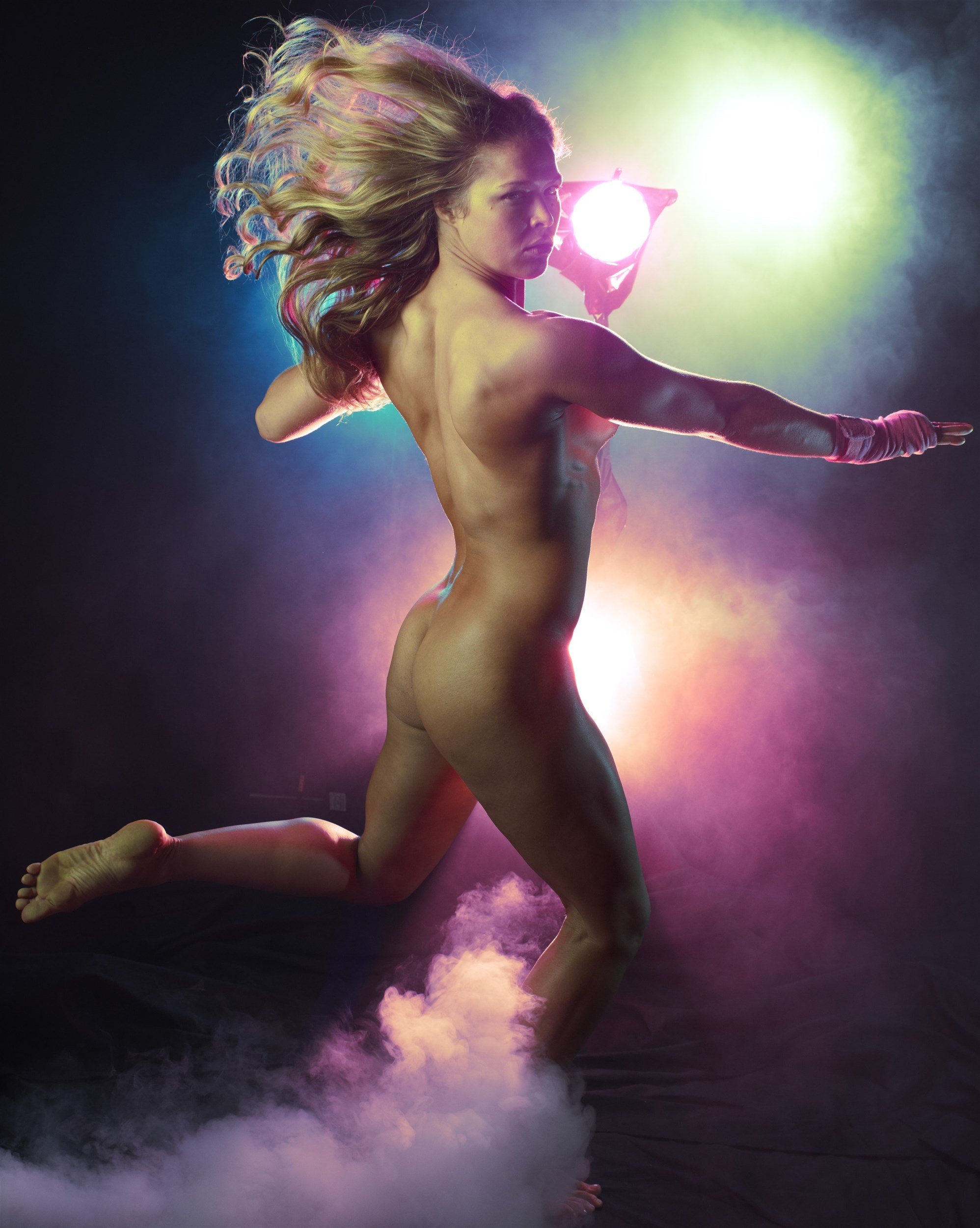 For Ronda Rousey should know that if she were to step into the ring with a Muslim man he will put her in the camel clutch, break her back, and make her humble… And then chop down that enormous sin bean of her’s with his scimitar.