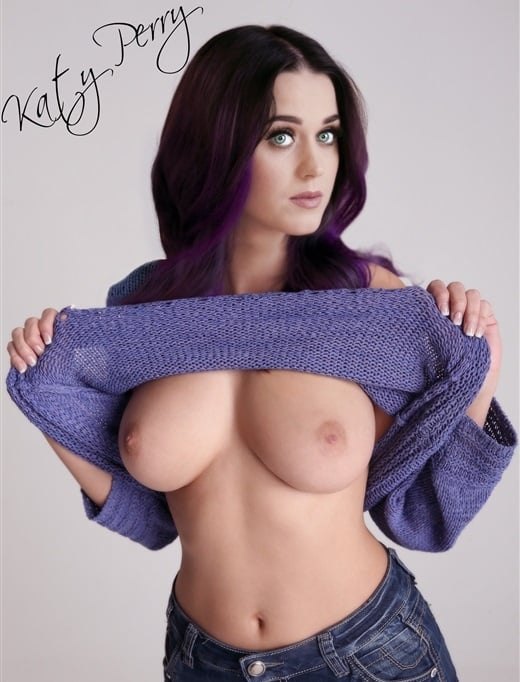 Pop star Katy Perry appears to pull up her sweater and flash her boobs in the photo above.

With her new album set to be released next month, this is obviously Katy Perry’s subtle way of getting attention to increase sales. However, Katy Perry is going to have to do more than show her bulbous mammaries if she wants to sell a single album in the civilized Muslim world.

Perhaps Katy Perry could retake this flashing photo, and have an IED nestled in between her breasts. If she does that and includes an extra track about killing Jews, something with a catchy hook like “I killed a Jew and I liked it. I hope those dumb kikes mind it“, then her new album will surely be a success.