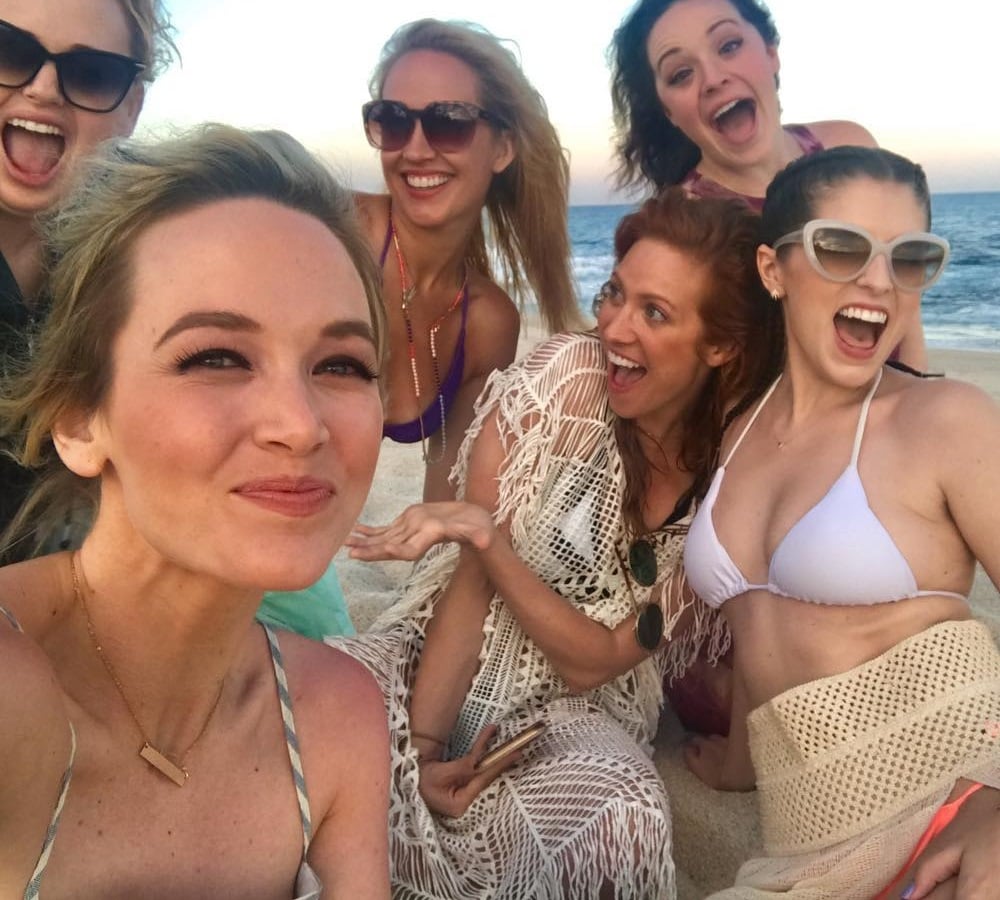 Frumpy actress and singer Anna Kendrick Snapchats her tits in bikini tops while vacationing with friends in the photos below.

As you can see from these pics Anna Kendrick is not even a “butterface”, as the rest of her body is pretty awkward and unappealing as well. In fact, the best thing that could be said about Anna is that her breasts appear to be slightly above average, but they are certainly nothing exceptional.

Yes Anna Kendrick clearly isn’t fit to be a fluffer for a breeding camel, let alone serve as a concubine in a virile Muslim’s harem. Of course with that said it is no surprise that she is so popular with the heathen masses, for her average looks makes her relatable to the kuffar women and seem attainable to the infidel males (even though nearly all of them are limp dick homoqueers).

Even Anna’s “sexy” dance moves are boring… and a little pudgy.