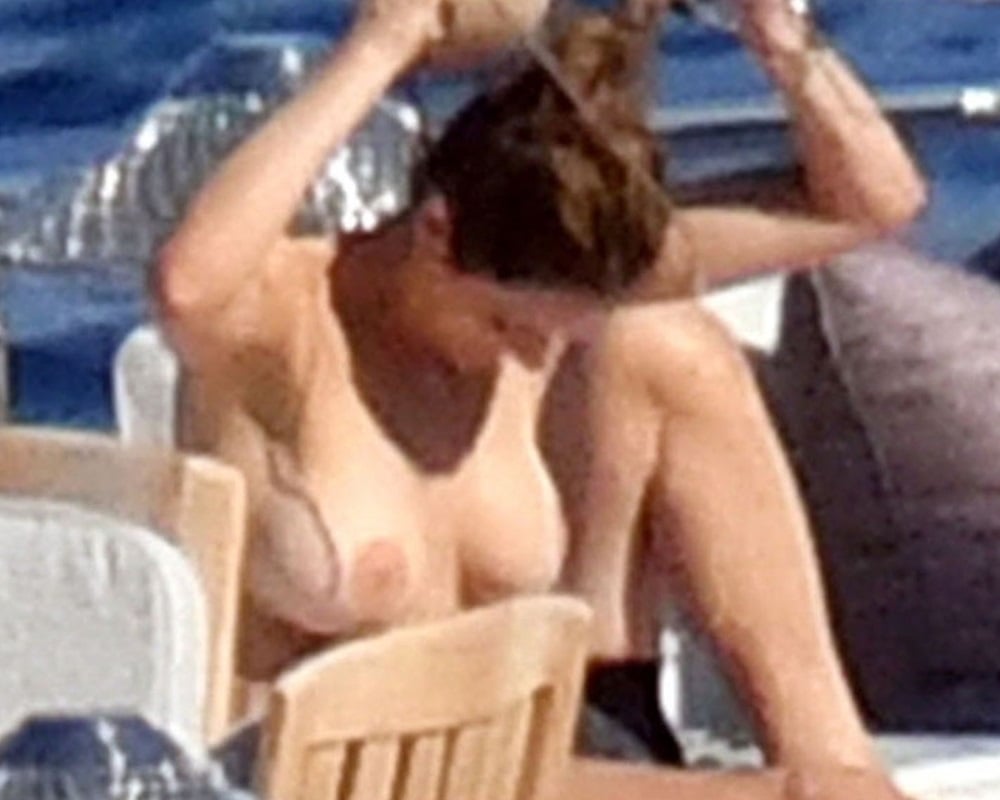 Singer, actress, and banged out old slutbag Katharine McPhee shows off her nude titties while sunbathing topless on a yacht in the candid photos below.

Based on the decrepit lifeless corpse decomposing next to her in these pics, Katharine appears to be on the set of a remake to the 1989 classic comedy “Weekend at Bernie’s”. In this scene Katharine takes out her nasty spunk covered breast sacks and spreads her legs to distract from the smell of (and draw the flies away from) the rotting flesh of her companion.

Even though heathen Hollywood is once again recycling a classic film in yet another cash grab, we have to give props to the screenwriters for at least re-imagining the “Weekend at Bernie’s” story with a gold digging whore who has wonky fake boobies as the protagonist instead of the original two shyster party boys.