Who Is Who? Victoria Justice & Tranny 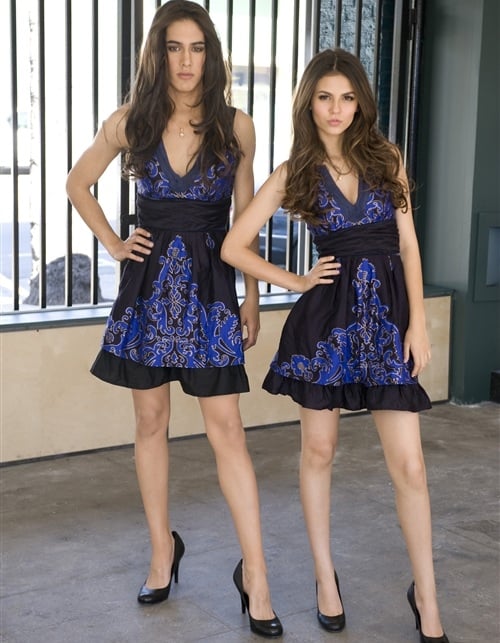 The picture above features Nickelodeon star Victoria Justice and a tranny wearing identical outfits. Can you pick out which one is the man?

Trick question, neither is a man! One is an abomination to nature, an affront to Allah, and a sick sexual degenerate. The other is a tranny.

Victoria Justice is certainly setting a bad example to all her young fans by dressing up with a transsexual and taking pictures. I can just see it now, wave after wave of Victoria Justice fans flooding the tranny bar “Lady Bottoms” on Sunset trying to be like their idol and totally ruining the fabulous 2 for 1 mojitos Tuesdays… which I’ve never been to only heard about.