Taylor Swift In Cut Off Shorts And A Backless Top 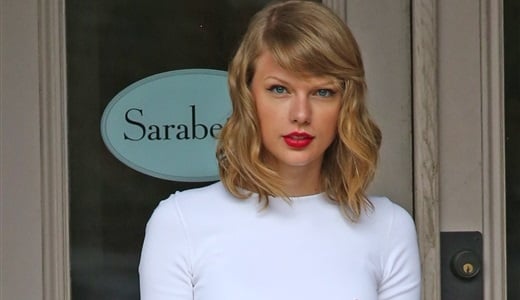 Taylor Swift walks the streets of New York while in cut off shorts and a backless top in the photos below.

Obviously years of getting her clothing torn off while having rough sex with strange men has left Taylor’s wardrobe nothing but tattered rags. As her music has fallen out of style, Taylor is now without the necessary funds to purchase new garments, so she is forced to roam the streets looking like she’s been mauled by a wolverine.

Luckily for Taylor Swift there is a quite lucrative job opportunity for her working on my farm, as I’ve been looking for a scarecrow to ward off the birds from my opium crops. Taylor Swift would be perfect for this position as she looks like a giant stork, and would surely assert her dominance and frighten away the much smaller feathered pests. Once my sweet black tar heroin hit the streets in the West, I would reward Taylor Swift generously, and she’d no longer have to go around in these shabby clothes.