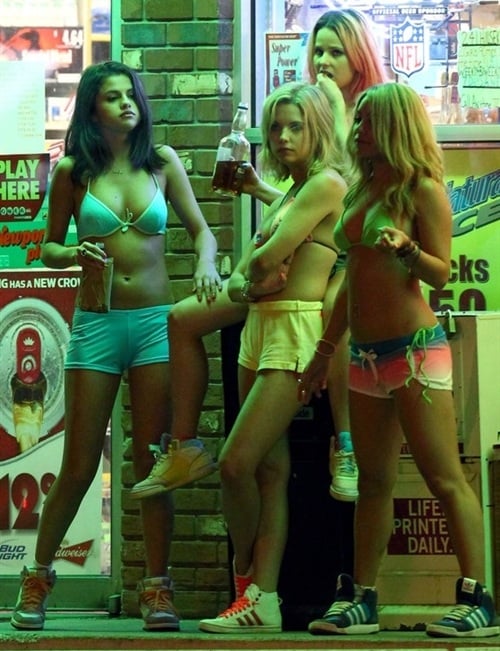 As you can see in the photo above, Selena Gomez and Vanessa Hudgens were photographed hanging outside a Texaco gas station at 2 A.M. wearing bikini tops and hot pants while waiting for the next “John” to pick them up.

Being a filthy street walker was the obvious post-Disney career choice for Selena and Vanessa as both girls spent their youth performing many of the same services on producers in exchange for roles in horrible Disney shows and movies. Not to mention their marginal acting abilities will be a real asset when the obese truckers stop to “refuel”.