Selena Gomez Takes Her Nips For A Workout 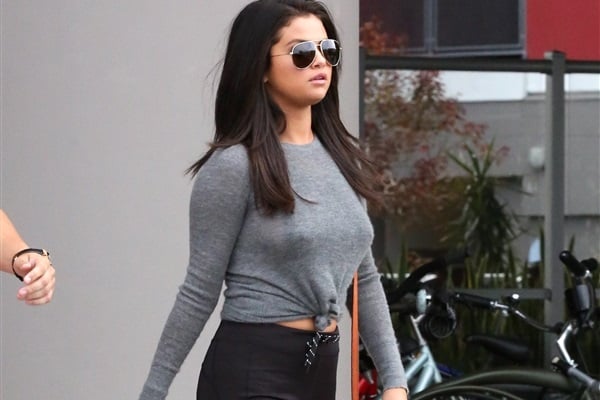 Selena Gomez was photographed leaving a gym with her hard swollen nipples on display through her sweater in the pictures below.

According to witnesses at the gym Selena gave her tit toppers quite the workout, as she started with 3 sets of 10 rep titty twisters, then progressed to 3 sets of 6 rep purple nurples, before she finally finished off by smashing her teats between the plates on a lat pulldown machine for another 3 sets of 6 reps.

By the last set Selena had worked up quite the sweat, and she was grunting and moaning profusely. Her areola were bulging as she admired herself in the mirror and joked with fellow gym goers that it was “this way to the beach” while thrusting her chest in the direction of the ocean. After a workout like that it comes as no surprise that not even a thick wool sweater could suppress the outline of Selena’s ripped chest berries in these photos.