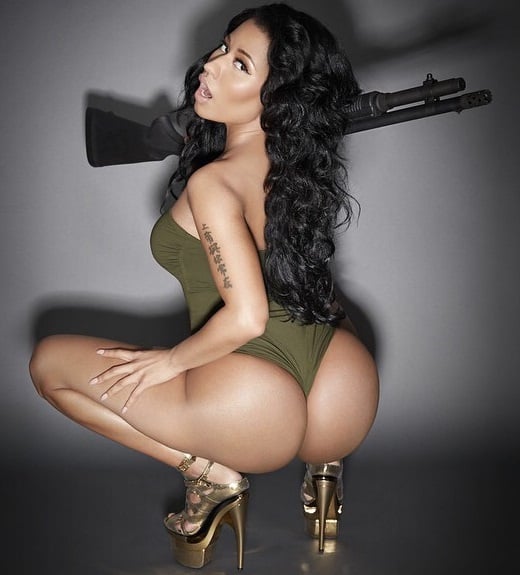 Nicki Minaj promotes sex and violence with this new picture of her holding a gun while flaunting her enormous booty in a thong.

Nicki’s Zionist handlers know that the best way to profit off the brain dead infidel masses is to appeal to their basest instincts. That is why Western “culture” has degraded to the point were it is now nothing more than never ending allusions to either fighting or f*cking, or in the case of this Nicki Minaj photo, both.

When Islam finally conquers the West, and we spread our vastly superior culture to its lands Nicki Minaj will be taking photos in a full burka while holding up the holy Qur’an… Just kidding she’ll be working in the poppy fields with the other abids, but still you get the point that photos of Nicki like the one above and this other new one below of her spreading eagle in leather pants will be a thing of the past. 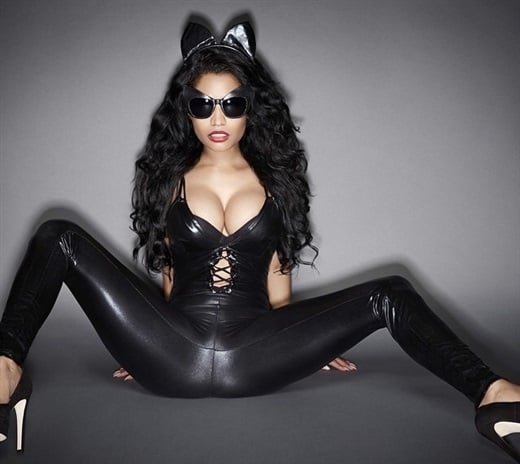