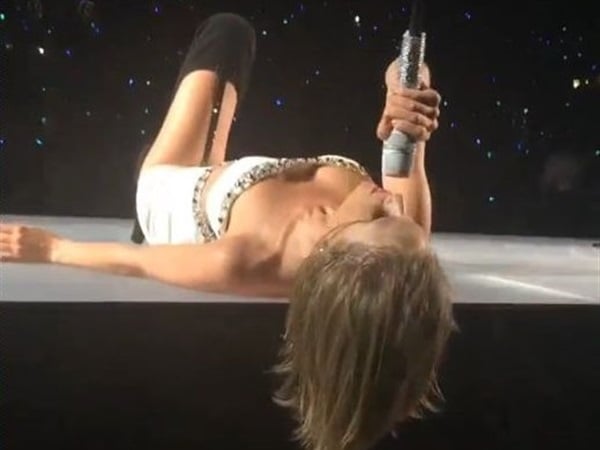 As you can see in the photos below, Taylor’s stage show on this tour is packed full of crass sexual innuendos with Taylor rolling around on the stage, flashing obscene amounts of camel toe, and trying to take a metal support pole up her ass.

Make no mistake about it Taylor Swift’s 1989 tour is a direct attack on Islam, and an act of blasphemy against the blessed Prophet himself, for it goes against every one of his teachings on what is sexually attractive.

However, if Taylor were to implement a couple of goats into her performance and hire a taut young girl (or boy) to do the dance moves from the GIF below, us Muslims may allow her tour to continue unimpeded. But rest assured if Taylor fails to heed to these demands she will feel the full force of our righteous wrath in the form of a strongly worded fatwa!