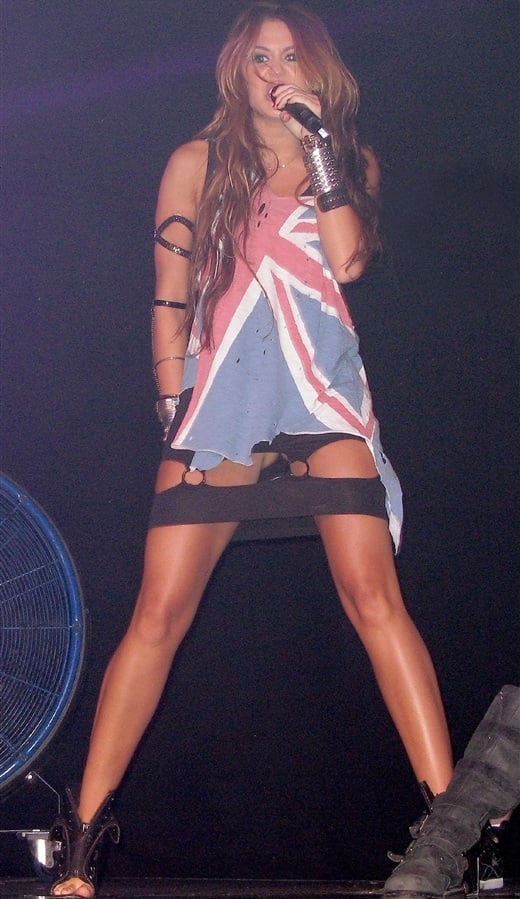 Newly converted Muslim Miley Cyrus has taken up the Jihad against the West.

Miley showed her disdain for the Anglo-American crusaders who are pillaging the holy land by wearing a ripped up Union Jack flag while having her ass hang out of her skirt.

This is a courageous and powerful message by Miley. By defiling the UK flag she is telling the British people to stop their aggression against Islam and their support of the illegal occupation of Palestine. By showing her ass Miley is making sure everyone takes notice of her message, and it reminds them that if they do not do something soon everything will end up covered in sh*t.

Yes Miley Cyrus is now a proud Muslim woman, and she is not going to sit idly by while her Islamic brothers and sisters suffer at the hands of the world Zionist conspiracy. May Allah bless your righteous Jihad Miley. Allahu Akbar!