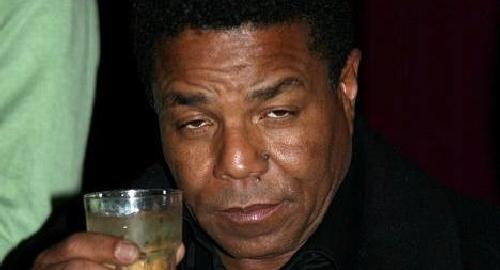 The shocking discovery was made at 4:00 am on Saturday when relatives who had gathered at the Jackson family’s Encino estate received a strange phone call.

“The phone rang, and the guy on the other end was all like, ‘It’s Tito, I’m at the Grey Hound Station, can you come pick me up?’” said singer Janet Jackson. “I was all like, ‘Nice try asshole, but Tito’s been dead for years,’ and hung up on him.”

Added Janet, “He kept calling back, so I just left the phone off the hook.”

A source tells us Tito finally arrived at the estate hours later after convincing a family of migrant workers to give him a lift in the back of their pickup truck.

Once at the estate, family and friends were in “complete and utter shock” to see Tito alive and well.

“There was absolute chaos,” said one source close to the family. “People who thought he had been dead for years were screaming, ‘Zombie apocalypse! Run for your lives!’ Poor La Toya ran from the compound sobbing.”

Things finally settled down after brother Jermaine Jackson explained that while Tito’s career had been dead for many years, Tito himself was alive and well.

Most relatives were relieved by the explanation, with the notable exception of father Joe Jackson who said that Tito “shouldn’t have been fool’n.”

Added Joe, “Boy, go to the yard and get a switch.”