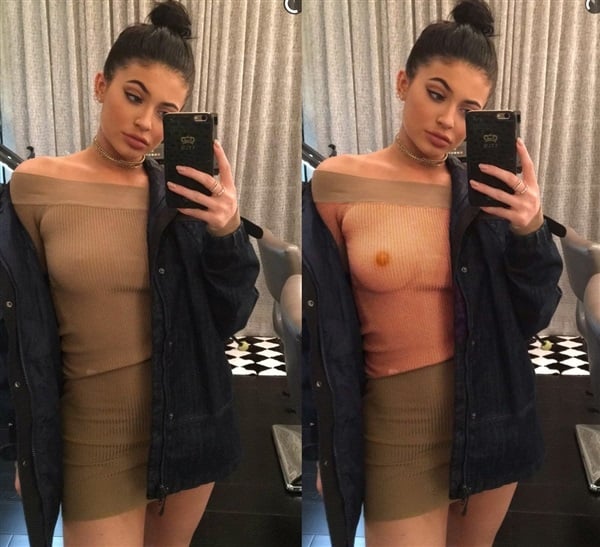 Kylie Jenner is at it again flaunting her shameful nipples on Snapchat while in a see through top with no bra on in the photo above.

Either Kylie’s dad Brucelyn stole all of her bras, or Kylie is not wearing a brassiere so that her titties will hang free and sag low just like an African tribeswoman to please her nig nog rapper boyfriend Tyga. If Kylie is trying to turn her perky young boobies into a pair of primitive nipple draggers she simply has to be patient, for it is only a matter of time before she has a litter of bastard mongrel mulatto babies swinging and suckling from her teats causing them to hang down past her knees. 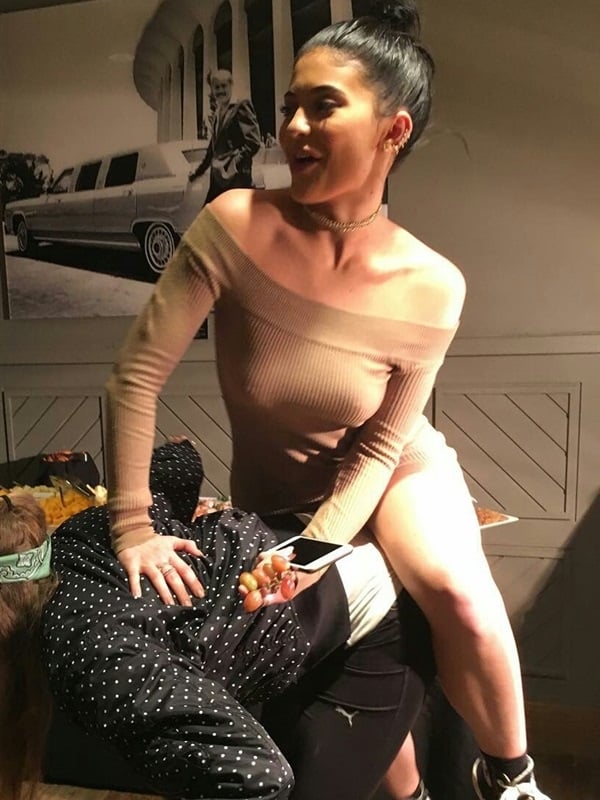 In the meantime it would certainly be appreciated if Kylie would stop Snapchatting her hard nip pokies (even while she acts out her rape fantasies on a friend like in the photo above) before they put an eye out… for us pious Muslims might rip our eyeballs out of their sockets if we continue to be subjected to the sight of these sinful mudshark tit toppers.