Kim Kardashian’s Bio Before Her Lawyer Had It Taken Down 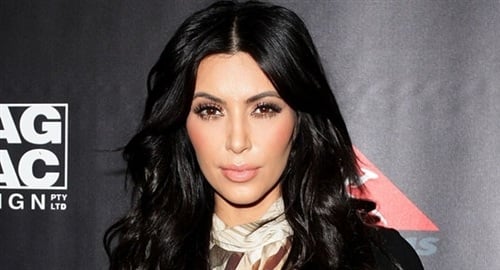 Luckily we were able to copy the bio before Kim had it removed (screenshot here), and have transcribed it below. The only inaccuracy of note is that Kim is “talented” in the bedroom, as you can see in this video from her sex tape.

Kim Kardashian is emblematic of the shallowness of American culture in the first two decades of the new millennium. While some cultural critics call her the prime avatar of the “famous for being famous” faux celebrity crowd, she along with Paris Hilton is a new breed of cat whose celebrity comes from the release of a sex tape and the canny exploitation of the resulting publicity. Like her good friend Miss Hilton (their relationship predates Kim’s “celebrity”, Kardashian is possessed of photogenic good looks but is short of any other discernible talents outside the bedroom. Both expanded their celebrity by becoming reality TV “stars”.

The backlash against Kardashian has been ugly. Commenting on Kim and her family, the stars of “Keeping Up with the Kardashians” (2007), English actor Daniel Craig told “GQ” magazine, “You see that and you think, ‘What, you mean all I have to do is behave like a [expletive] idiot on television and then you’ll pay me millions?’”

_Madmen (2007)_ star ‘Jon Hamm’ was even more direct, saying in an “Elle” magazine interview, “Whether it’s Paris Hilton or Kim Kardashian or whoever, stupidity is certainly celebrated. ” He went on to say, “Being a [expletive] idiot is a valuable commodity in this culture. You’re rewarded significantly.”

In the wake of Kim and her family members signing a new four-year $40 million deal for their show, Jonah Hill joined in on the pile-up, saying that, “The fact that the Kardashians could be more popular than a show like ‘Mad Men’ is disgusting.”

In the decadence that is America of the $15-trillion deficit and no serious plans from either part for a solution to the economic problems of the “Great Recession”, Kim Kardashian is welcomed to her second White House Correspondents Association Dinner in Washington, D.C. in 2012 and made fun of not only by host Jimmy Kimmel but by the President of the United States, Barack Obama, himself and laughs merrily at the merriment. That the women’s fame rests on the February 2007 “leaking” of a four-year-old home sex (for which she ultimately received $5 million from Vivid Entertainment) is an apt metaphor for socio-economic-cultural malaise in Washington and the country beyond, where everything seems to be run by amoral prostitutes in bed with each other and merely out for a buck.