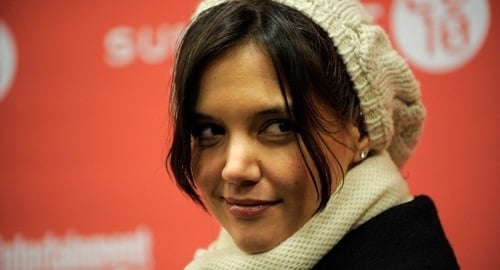 CelebJihad.com has confirmed that Katie Holmes has rejected the wicked paganism of her husband and converted to Islam. Katie, seen here sporting her fashionable new Hijab, was attending a screening at the Sundance Film Festival just after leaving her nightly prayers.

Now, normally I would stone to death any woman who dares to show her face. Despite what moderate Muslims say, the Hijab is an abomination that is only fit for homosexuals and transvestites. A true Muslim woman would never leave the house without a Burqa. In fact, a true woman of faith would never leave the house at all because she would be too busy preparing her husband’s hookah and flogging herself for the sin of menstruation. But considering this is Zionist controlled Hollywood, I will take what I can get. Baby steps.