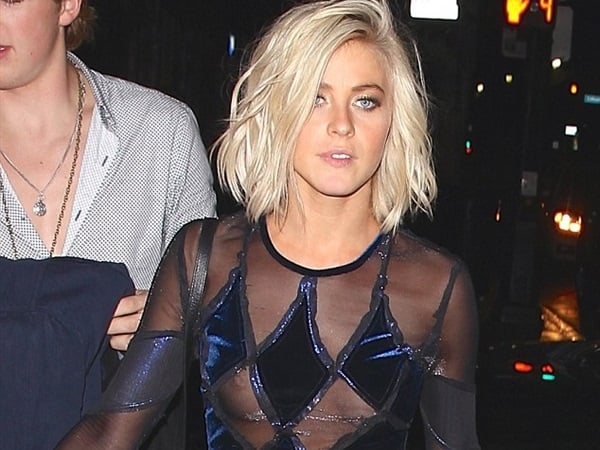 “Rock of Ages”, “Footloose”, and “Dancing With The Stars” star and former Ryan Seacrest beard Julianne Hough suffers a full nip slip while stumbling around drunk in a sheer dress in the photos below.

Julianne is known for her conservative Christian Mormon upbringing, so it is not surprising to see her slutting it up while intoxicated like this. For like all sects of Christianity, Mormons lack the moral and testicular fortitude to properly punish those who dare to disobey God’s word.

You better believe that if Julianne Hough was a Muslim woman and she was caught behaving like this, she’d be picking her sinful areola off the ground real quick after a few swipes from a scimitar. I guess that is the difference between people who follow the teachings of an incredibly masculine badass Prophet like Muhammad, and those that believe the psychotic ramblings of some foppish American like Joseph Smith. Though to his credit at least Joseph got the polygamy thing right.