Jessica Alba See Thru Nipples At The 2005 MTV Movie Awards 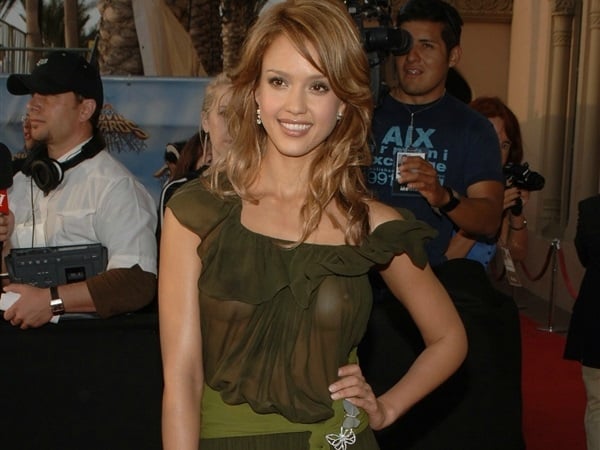 At the time Jessica Alba was considered by many to be the hottest woman in heathen Hollywood, so its not surprising that she tried to cement her place at the top by brazenly exposing her boobs in this ridiculously sheer and flimsy dress.

Of course Jessica would later feign innocence and claim that she had not idea that her dress was so see through, and that her perky titties would be on full display for all to see. However, such claims by Jessica are ridiculous considering that she no doubt tried on the dress numerous times before deciding on wearing it to this award show, and if she was actually concerned about her modesty she would have worn a thick black wool burka like a proper woman. No, this was a clear act of wanton debauchery, and Allah willing Jessica Alba will one day have to answer for it in Sharia court.