Jersey Shore Cast Sent to Italy to Study Their Roots 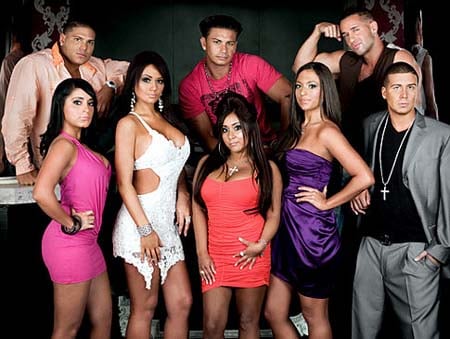 Remember when you were bad and your parents would send you to your room? Well, today, it was announced that the cast of Jersey Shore has been so bad they’re good (Or something to that effect).

Anyway, MTV is sending them to Italy, and, on behalf of America, I would like to offer MTV our sincerest gratitude. Of course, nothing this good will last forever, unless they get involved in the most delightful Vespa accident of all time, but still their temporary deportation is a start.

It’s safe to say that this cast has done more to set back the progress Italian-Americans have made than even The Sopranos did, so it should be interesting to see how eager Italy is to embrace these hair-gelled gorillas and gorillettes.

I’m not sure if “Jersey Shore” will translate over there, so for the Italian audiences, they’ll probably have to go with a name that is more familiar. “Orange American Assholes” should sum up the show nicely for the uninitiated abroad.