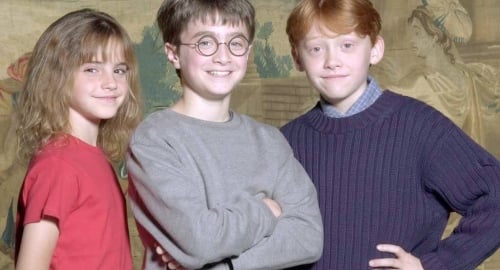 In an unabashed combination of paganism and perverse sexuality, American filmmakers have taught two young actors (this boy and this girl) to perform overtly sexual acts for a pornographic film to be distributed to the masses, during this, their “high holy” time of year. Sickening.

One cannot fathom which aspect of this film is more upsetting, the godlessness or the sexual depravity. However, one thing cannot be contested. After one look at that Daniel Radcliffe’s body, there is no debating that he is at manhood’s doorstep. Really nice shoulders. It’s no wonder that the Americans repeatedly choose to kidnap British actors for their sex and snuff films.

While the acts are disgusting, Radcliffe, with his rugged, supple body lends a certain masculinity to the context that even Allah would go gaga over. With that in mind I give the Harry Potter movies a solid 4 virgins rating*. Allahu Akbar!

*Virgin rating out of 72