Did Justin Bieber Force Selena Gomez To Get An Abortion? 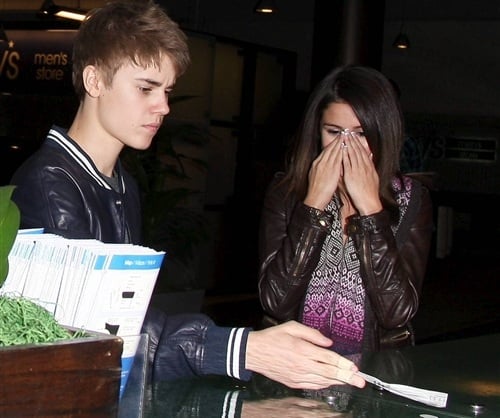 After being rushed to the hospital and finding out she was pregnant just a few days ago, Selena Gomez is apparently now “all better” and “not pregnant” according to her rep.

Did Selena Gomez lose the baby? Doubtful considering she is a Mexican woman and they are as fertile as they come. Could it be that Justin Bieber bullied Selena Gomez into getting an abortion?

According to a source, after hearing of Selena Gomez’s pregnancy Justin Bieber showed up at her house with what appeared to be a wire hanger, latex gloves, and a roll of paper towels. However, he stormed out a few minutes later reportedly shouting, “All right princess I’ll pay for it! Geez!”

The next day an annoyed Justin took a distraught Selena out to a clinic for a “check up” (see picture above). One can only speculate as to the nature of this check up.