Chris Brown Admits To Sex With Man, But Denies Being Gay 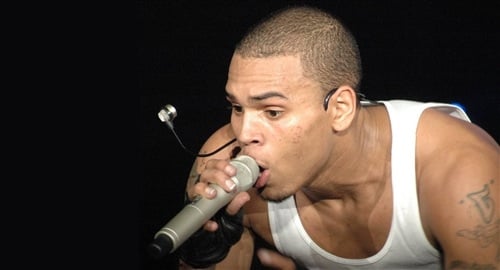 Private direct Twitter messages between the Grammy award winning singer Chris Brown and a R&B song writer named “Martyn” have been leaked to the web.

In the messages Chris Brown admits to having had sex with Martyn saying, “Yeah i enjoyed when u fcked the shit outta me nigga”, but denied being gay by qualifying the statement with “but thats only in the moment”.

Martyn has confirmed the authenticity of the Twitter direct messages saying, “the DMs were truly sent back and forth. But that’s my business. Thanks for tuning in.”

Of course Chris Brown having sex with men should come as no surprise as he is an American male, and according to the Iranian Institute of Infidel Social Sciences, 97% of American men have had gay sex while the remaining 3% simply like to suck cock.

See for yourself the conversation between Chris Brown and Martyn in which Chris admits to taking it in ass, and outs fellow R&B stars Trey Songz and Omarion in the screen shots of the Twitter messages below.