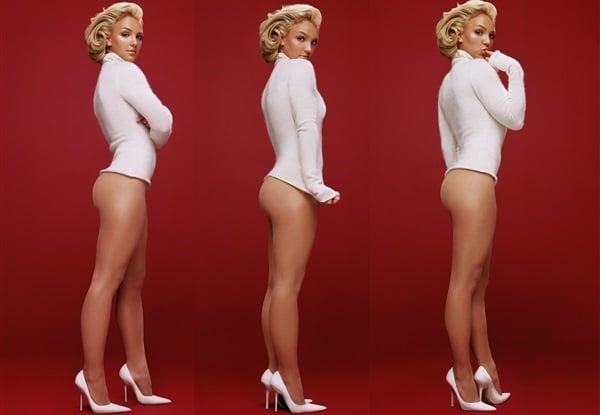 For this week’s “Throwback Thursday” we travel back to 2003 with these topless and bottomless photos of Britney Spears from Esquire magazine.

Yes as unbelievable as it may seem nowadays these photos come from a time in which Britney Spears was one of the biggest sex symbols in the depraved Western world. Of course like all things in disposable infidel culture, Britney’s reign on top was short lived and the insatiable kuffar masses quickly moved on to lusting after other women as Britney began her epic downward spiral.