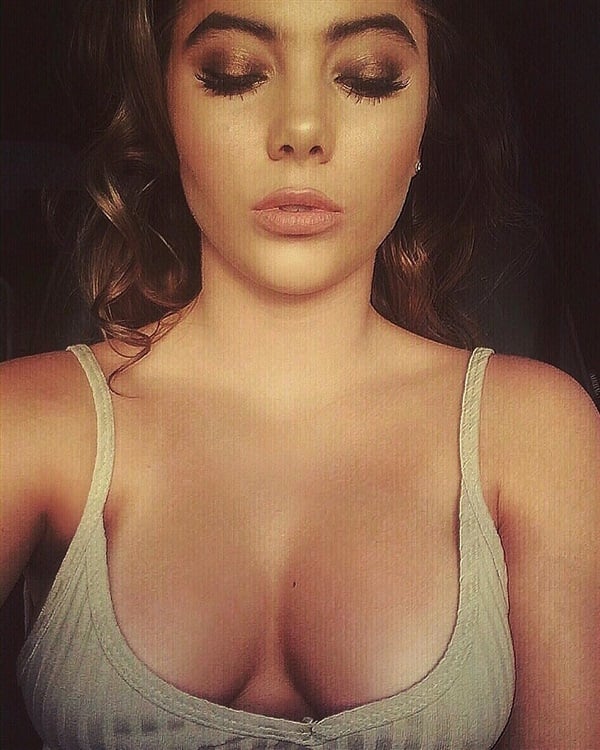 19-year-old US Olympic gymnast McKayla Maroney took to her Instagram to show off her bulbous teen breast meat in a low cut tank top in the photo above.

Never one to be outshined in the social media attention whoring department, 18-year-old Bella Thorne responded to McKayla’s cleavage challenge by going on her Snapchat and displaying her teen tit valley as well in a low cut tank top in the photo below. 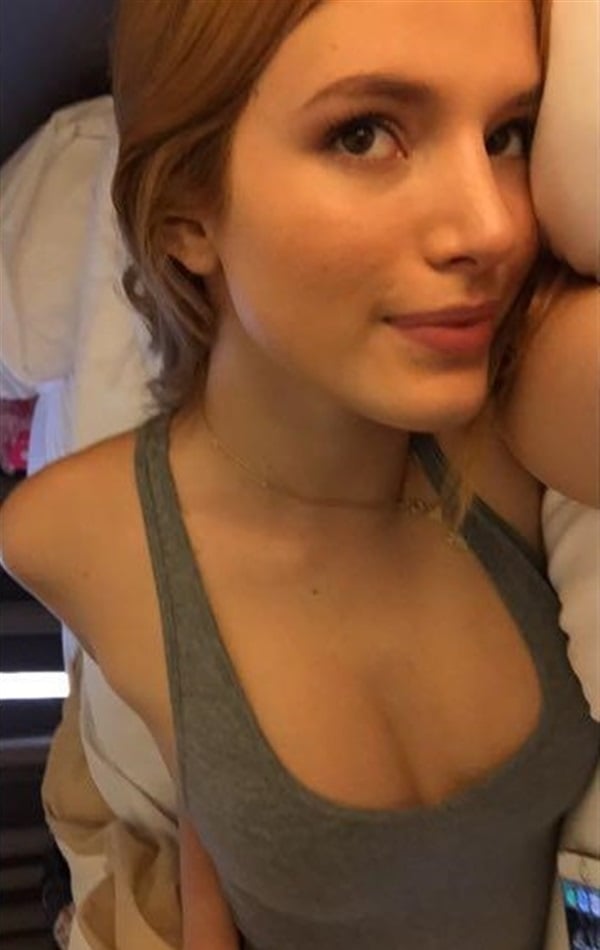 It is clear from these photos that both McKayla and Bella need a good hard tit f*cking by a virile Muslim man to learn some humility and a woman’s proper place in the world.