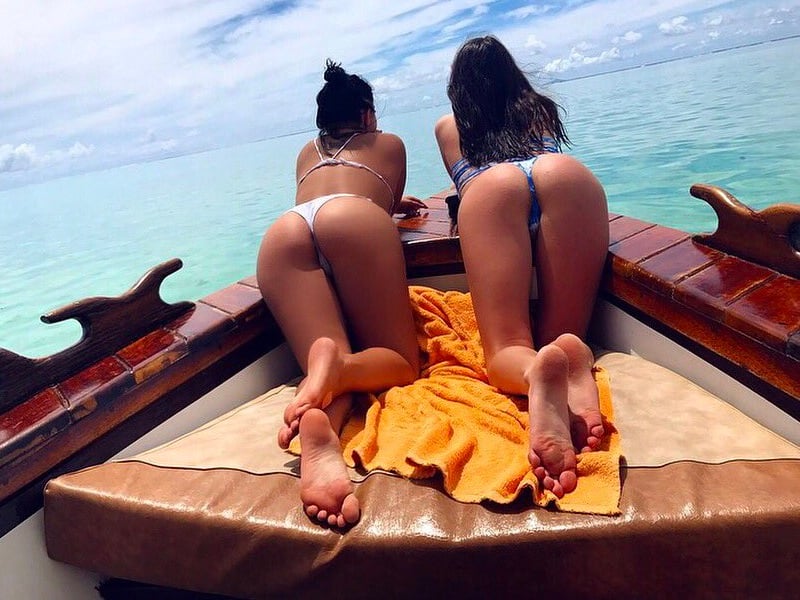 18-year-old “Modern Family” star Ariel Winter flaunts her fat ass with her friend while in a thong bikini in the photos below.

They say that “misery loves company”, but apparently so does sluttery… For Ariel and her friend torment us pious Muslims with their blasphemous butt cheeks in thong bikinis multiple times in these photos, before Ariel continues the whoring by brazenly prostituting her bulbous titties in an ill-fitting bikini top all by her lonesome.

Of course as owners of some of the most impressive harems in the world, us virile Muslims are no strangers to the effects of multiple women feeding off of each others sexual energies. However, Ariel Winter is certainly not concubine material, as she is built like a barn animal and should be treated as such. In fact, with her lecherous nature it would no doubt be necessary to chain Ariel up in her pen at night, so that she does not disturb the other livestock with her uncontrollable carnal desires.