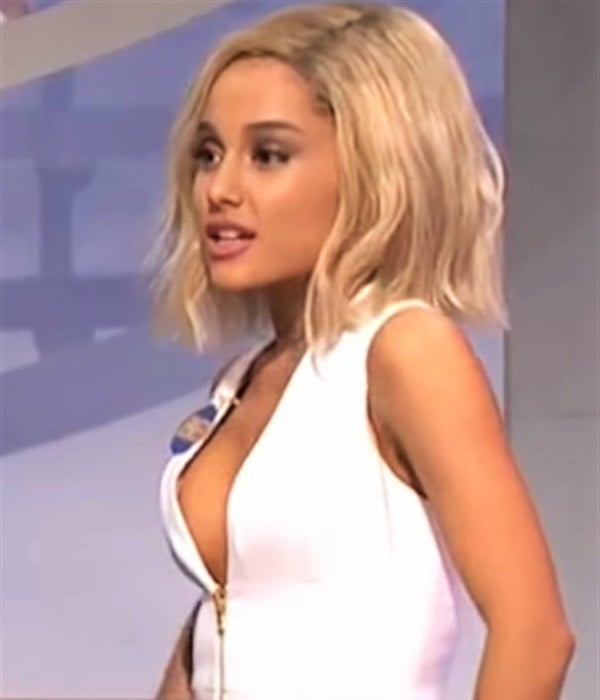 Ariana Grande slightly slipped her nipple out while performing her Jennifer Lawrence impression on “Saturday Night Live” in the photo above.

While flaunting her sideboob with that vapid whore expression on her face is definitely the way to go when doing a Jennifer Lawrence impression, if Ariana really wanted to embody JLaw’s character she would not just show a bit of her nipple to the camera but rather her bare breasts, banged out baby cave, and butt hole as well. 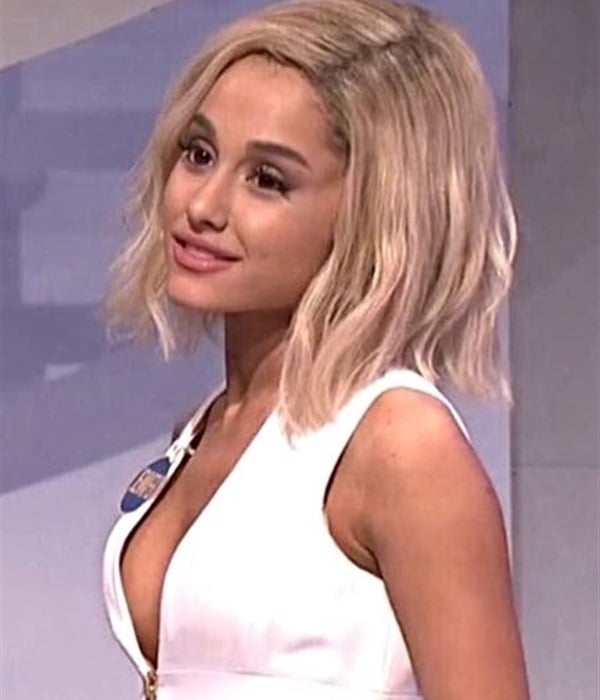 Unfortunately all impressions aside Ariana Grande appears to have taken a liking to showing off her side tit, as after SNL she did so again at some radio station in the photo below. 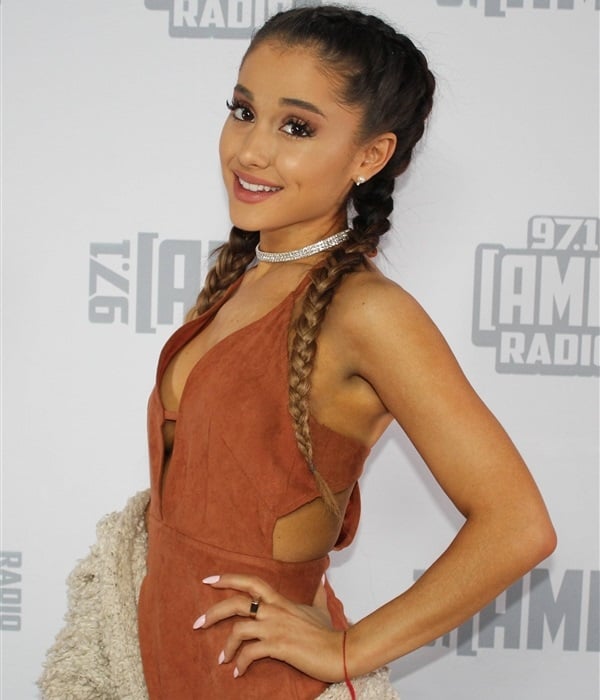 No doubt Ariana hopes that by expanding her attention whoring repertoire from just her tight little ass to include her perky boobs it will help jump start her dwindling music career, as her last single was a tremendous flop on the charts.